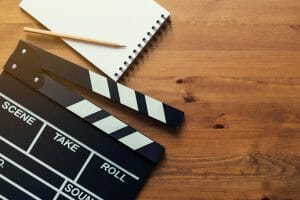 Do you have a feature or pilot script that you can’t wait to see come to life? Are you passionate about collaboration and mentorship? We have a million dollar (okay, realistically ~$100k opportunity) for you!
Local Cinema Studios, with support from the South Carolina Film Commission and the University of South Carolina, is producing their second project in South Carolina during Summer 2023.
They are searching for feature length and pilot scripts that can be shot in roughly six weeks, bringing on professional crews, student interns, mentors, and community members to come together on a professional production.
Entries are due Nov. 1, 2022. View the requirements and submit your script here.
This is an annual initiative that kicked off in 2021 when UofSC and their production team made a feature film called HERO. According to Local Cinema Studios, they see the low budget as an opportunity to problem solve and use passion and grit to get things done on set. They’ll also have goals to raise more depending on the script.
Please reach out to Dustin at dwhitehead@localcinemastudios.com with any questions.