Participants will get to workshop their own projects as part of the process.

Screenwriter and instructor Trevor Munson will work with South Carolina writers and filmmakers on the steps of developing a great story and writing a great script at a one-day SCREENWRITING WORKSHOP on Saturday, Feb. 15.

Designed for all levels of experience, sections of the workshop will include how to write a powerful teaser, create a unique and specific world, develop interesting characters, and clarify the tone of your script. Interspersed throughout will be time for participants to work on and workshop these various components in small groups using their own original concepts.

This workshop is free and open to the public, though space is limited. Register here

ABOUT TREVOR: Trevor Munson is a professional screenwriter and adjunct screenwriting professor at the University of Southern California. After graduating with honors, he moved to Los Angeles, where his spec script Lone Star State of Mind, starring Josh Jackson and Jamie King and John Cougar Mellencamp, was developed and produced by Sony ScreenGems.

Soon after, he adapted his debut novel Angel of Vengeance into a pilot script that became the basis for the CBS television series Moonlight starring Alex O’Loughlin (Hawaii Five-0) for which he served as co-creator and co-Executive Producer. The series won the People’s Choice award for Best New Drama.

Trevor has subsequently pitched and sold several other television projects to ABC, Sony, and NBC. His children’s book Fletcher Freek and the Voodoo Guru was optioned by The Disney Channel to be developed as a live action movie which he wrote in conjunction with Meg LaFauve (Inside Out).

On top of his busy writing career, Trevor also believes in making time to share his years of knowledge and expertise with a younger generation of writers and filmmakers. In addition to consulting on scripts and leading targeted writing workshops, he currently teaches a thesis prep writing class for the University of Southern California.

Questions? Reach out! We’d love to hear from you! 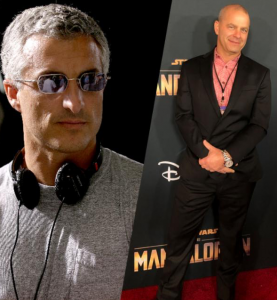 Knowing how development and representation works in the entertainment industry is essential for any production professional, especially writers, directors, and performers. On Saturday, Nov. 7, the South Carolina Film Commission will bring in experts on this very topic for a FREE webinar.

Super Agent Steve Muller (Innovative Artists Agency, head of Talent & Comedy) will kick off the workshop sharing his experience as a working Agent, with insights on how talent is discovered, packaged and marketed, and keys to representation when you’re outside of LA.

Primetime-Emmy-Award-winning producer Kip Konwiser will then illuminate the process of development, financing, production and distribution of today’s movies, television and live events.

The webinar is free and open to the public. Registration is required..
CLICK HERE TO REGISTER
Contact jessica@indiegrants.org with questions. 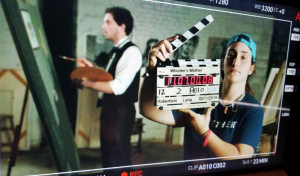 Do you want to learn more about creating professional film, TV and web content? Are you an educator, young filmmaker, or emerging content creator looking to explore the industry and its professional opportunities? Then we have a webinar for you — FILM TECHNIQUES for Media Arts Educators on Saturday, Feb. 6, from 9:30am-12:30pm ET.
Trident Technical College film faculty and South Carolina producers will use short content case studies in an interactive presentation on Script/Story, Camerawork, Lighting, Design, Sound (location and post), and Editing, sharing key info and practices used in the production of film, TV and web projects.
The workshop is free and open to all, but structured especially for South Carolina Media Arts educators and students as they’re exploring professional production and its career paths.
It will be presented via Zoom webinar. A simple registration is required. REGISTER HERE.
It’s also ideal background for the 2021 YOUNG FILMMAKER PROJECT. With entries for the high-school filmmaking contest due March 22, this is a great opportunity for prospective entrants and educators to up their game. The Top Ten entries will screen at a special program and the winners will receive cash and other prizes. Get more info on YOUNG FILMMAKERS PROJECT here.
To learn about our other training seminars and grant programs, check out www.indiegrants.org.
Educators who attend the FILM TECHNIQUES webinar will receive documentation of these training hours for use in respective professional development/re-certification requirements.
Read more
Categories: Workshops / Webinar Tags: Film production SC Film Commission Trident Technical College
Feb
15
Mon
Beaufort Film Festival 2021 @ Tabby Place
Tickets
Feb 15 – Feb 19 all-day